The GOLDEN VALLEY CLASSIC M.C.C. was founded at the beginning of 1988 as an A.M.C.A. Classic club with the aim of running a number of motorcycle competition events aimed mainly at classic British and early twin shock motorcycles .
In the next few years the club ran a number of club trials and two long distance trials each year and also ran two weekend events each involving a classic scramble and a classic trial in which riders from other European countries competed as well , the club also ran a few grass track meetings but these eventually ceased due to a lack of enough entries .
These events were run on a wide variety of venues around the area , for example the scrambles were held at 2 different venues at Bisley , Horsley , Brimpsfield and Dursley etc the long distance trials starting from Minchinhampton , Aston Down . On the A38 at Cambridge and Horsley etc .
At some of the scrambles an arrangement was made with Leyhill Open Prison so that a number of the inmates could be collected for the day to act as marshals , this system worked well for a number of years as a group of them had some experience of what was needed , luckily none absconded on the day .
For various reasons the programme of events for 1996 was reduced to a number of club trials but only one classic scramble and only one long distance trial and with the exception of the classic scramble ,which was discontinued due to the lack of suitable land being available , has continued along these lines ever since .
Over the years the club has held its committee meetings at various pubs in the area and currently uses the Hunters Hall at Kingscote where we also have the start and finish for the March Hare trial .
The club has ,for most of its life, held an annual dinner dance where the many landowners we are involved with are invited as guests to say thanks for the use of their land .
In more recent years the club has tried to encourage both younger members and those riders wishing to try their hand at trialing by introducing a “Gentlemans “ class where the riders can choose their own route through the sections as easy or as hard as they like . 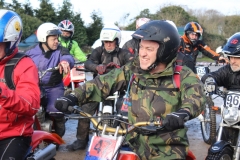 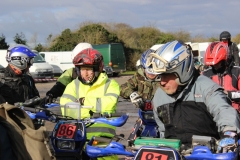 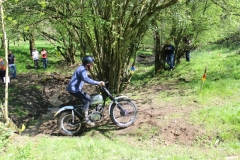 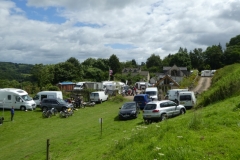 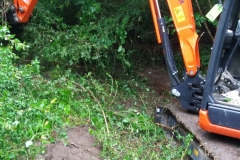 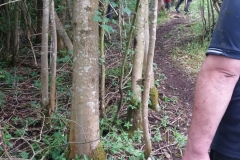